Belmar Fire Department was dispatched at approximately 8:25 AM to a reported fire in the area of 8th Av & A St. While responding units were updated of a confirmed vehicle fire in the rear of a pro...
Read more »
Oven Fire w/ Extension - Oakwood Rd
Tue. Jan 21st 2014 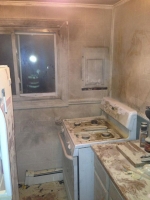 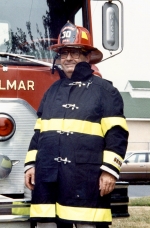 It is with deep regret that we announce the passing of Ex-Chief Robert V. Pringle. Robert joined Goodwill Hose Company in November of 1949 and was an active member for the past 69 years. During the ...
Read more »
Congratulations to the 2017 Line Officers
Tue. Nov 15th 2016
The following members were recently voted in by the membership of the company and the department to serve as the line officers for both the Belmar Fire Department and Goodwill Hose Company. Department...
Read more »
Passing of Lifetime Ladies Auxiliary Member & Family Member
Thu. Aug 25th 2016 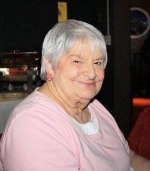 Below is the obituaray for our fallen brother:

William H. Palmer 3rd of Avon passed away on Wednesday, April 16, 2014 at Jersey Shore University Hospital. He was 68 years old. Mr. Palmer was born, raised and lived in Avon his entire life. A 1964 graduate of Asbury Park High School, he was a member of Local Union 400 IBEW for 35 years before retiring in 2002. Mr. Palmer was a dedicated member of the Avon-by-the Sea Fire Department serving from 1967 to the present. He was a life member, chief of the department in 1978 presiding over the Avon Inn fire, held a second term as chief in 1984, was the Financial Secretary for 23 years, President of the Relief Association for 26 years and member of the Exempt Association. He was also a member of the Avon First Aid Squad serving as Captain in 1972. Mr. Palmer was an avid fisherman and enjoyed being in the outdoors with his family. He freely gave his time and talent to neighbors, friends and family to help with construction projects. A life-long member of Avon United Methodist Church, he was a member of the Board of Trustees and helped maintain the church facilities.

36 entries in the News

It is with deep regret that we announce the passing of Ex-Chief Robert V. Pringle.  Robert joined Goodwill Hose Company in November of 1949 and was an active member for the past 69 years.  During the 69 years Robert held many positions including President (1967) Chief (1960 through 1962) and Treasurer from 1973 to 1998, a position he held for 25 years.  In 1999, Goodwill Hose Company honored him by renaming their fireman's hall after him.  Robert truly...

The following members were recently voted in by the membership of the company and the department to serve as the line officers for both the Belmar Fire Department and Goodwill Hose Company. Department Chief :Tucker Brendle ( Hook and Ladder )1st Assistant Chief:Steve Hines ( Union Fire Co )2nd Assistant Chief:Brad Child  ( Goodwill Hose Company )Captain:Jason Downing1st Lieutenant:Adam Sherman2nd Lieutenant:Tyler Pringle The Company wishes all the above Good Luck and best wishes f...

It is with Deep Regret and Sympathy with announce the passing of Lifetime Member, Lorraine T. Pringle, of the Goodwill Hose Company Ladies Auxiliary and family member to Goodwill Members; Ex-Chief's Robert Pringle, Glenn Pringle, and Sean Pringle ( current Captain) and to Active Members; Tyler Pringle & Adrianne Pringle . We, the members of Goodwill Hose Company, extend our prayers and condolences to the Pringle family.. Thank you for your years of service and dedication. RIP Lorraine T....

Please Preapare for Storm Before it is to LATE....

The Belmar Fire Department went to the Monmouth County Fire Academy for a department drill in the smokehouse. The department did multiple evolutions as a group involving stretching hoselines, search and rescue, and extinguishing the fire. A job well done by all.

The Belmar Fire Department held its annual service at the firefighter memorial located at 12th Av & Main St on May 24th, 2014 at 9:15 AM. Members met at the monument to honor our fellow fallen firefighters. Members of the public were welcomed as they joined us in paying respect to our fallen. Immediately following the fire department service wass the veterans service at monument row.

Firefighters participate in lecture on "Firefighting in the Modern Day"

Belmar Fire Department members participated in a lecture held at Goodwill Hose Co. on May 27th led by Ex-Chief Casey Willms from the Spring Lake Heights Fire Company. The topic of the lecture was "Firefighting in the Modern Environment" . There was lengthy discussion that took place an the effects of modern construction and how fire is different today than of years ago.Lots of different strategies on how to attack were also discusses and shown to the members of the department...

The Belmar Fire Department participated in the Borough of Belmar Dodgeball Tournament where they placed first overall and become the 1st Champions of the Belmar Dodge Duck Dip Dive & Dodge Tournament.

Goodwill Hose Company sends their hearfelt condolences to the Avon Fire Department on the loss of one of their own, William "Bill" Palmer. Our prayers and thoughts go out to Bills Family and the Avon Fire Department. R.I.P. Bill we will take it from here. Thank you for your dedicated service to the Brotherhood.  Below is the obituaray for our fallen brother:   William H. Palmer, 3rd AGE: 68 • Avon-by-the-Sea William H. Palmer 3rd of Avon passed away on Wedn...

New Floors were recently installed in the Apparatus Bays of the firehouse. Keep checking back for continued progress of the firehouse renovations will be posted as they take place. Members have been putting alot of hard work into the project and the firehouse is looking great, as you can see from the photos. 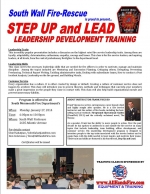 Members attended the Step Up and Lead seminar at South Wall Firehouse on Monday, January 27 presented by Deputy Chief Viscuso. The class, presented by All Hands Fire Equipment and Training, hosted by South Wall, and discussed tips and different ways to lead in the fire service. The seminar was very inciteful and members felt like they learned a few things after hearing the lecture.

Firefighter Michael Cook completed his firefighter I classes and graduated on Tuessday night Janurary 14, 2014.  Mike started in February going every Tuesday and Saturday for four months.  After completeing a one year probation period,Mike will be eligible for full membership.

Members of the Company have been working hard for the last month or so to ready the firehouse for our new gear lockers to be installed. The project is not completely finished as of yet but is a work in progress. The photos below are just examples of our progress

On Janurary 1, 2014 the 2014 Chiefs of the Belmar Fire Department were sworn in by Borough official at the Hook and Ladder firehouse. 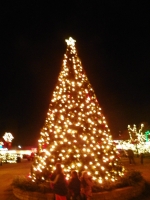 The Belmar Fire Department assisted the Borough of Belmar at the annual Tree Lighting. The Fire Department escorted Santa & his Elf to Pyanoe Plaza to celebrate the holidays and the provided the family and friends with firetruck rides.

The link below will direct you to a website where you can listen to the Belmar Fire department live .... http://www.broadcastify.com/listen/feed/15027

37th Annual event presented in 2013 by the Goodwill Hose Co. in conjunction with the Borough of Belmar, with Jersey Shore Running Club will be held on July 13, 2013. Start time is 8:30 am. To register go to Belmar5.com.

36 entries in the News

Copyright © 2006-2021. YourFirstDue Inc. All Rights Reserved. Designated trademarks and brands are the property of their respective owners. Content on this web site is supplied by Goodwill Hose Company. YourFirstDue Inc. cannot be held responsible or liable for any content, text, pictures, or any other media found on this web site. Maintained by the members and staff of Goodwill Hose Company.
Management Login
Powered by